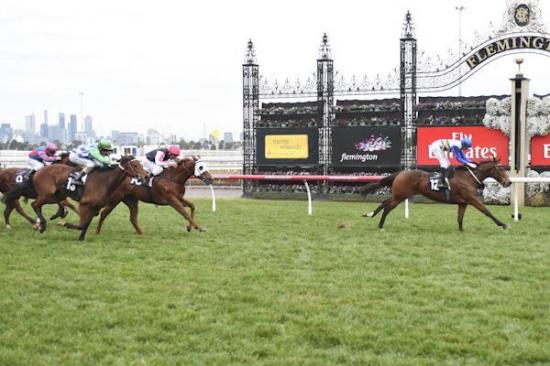 Manageress still had plenty of ground to make up with 250m to run in Saturday’s Rivette Series Final (1600m) at Flemington.

Jockey Chris Parnham had guided Manageress from the back of the field to a promising position but the favourite Kansas Sunflower had sprinted well clear of her rivals halfway down the straight.

Parnham said the Colin and Cindy Alderson-trained Manageress sprinted well from the 400m but he initially thought the filly would run a solid second.

"I didn’t think she was going to get there,” Parnham said. "My filly let down but I wondered whether she would keep going.

"To her credit, the last 200m was pretty strong. Craig’s horse didn’t stop, mine kept going.”

Parnham said the moderate midrace tempo threatened Manageress’s chances but the filly’s turn of foot enabled her to give him a welcome win for the Alderson family.

"It was a good effort because they went slow,” Parnham said. "They backed off from probably the half-mile to the 400 and she was back near last.

"She did a really good job.

"They (the Aldersons) have been supporting me quite a bit and I’ve done a lot of trials and trackwork for them so it was good to win one for them.

The win was the second for Manageress in her eight-start career while the $93,000 prize took her stakes tally to more than $144,000.

Congratulations to Manageress’s owners and all involved with her exciting win.