Alderson’s wait for The One nearly over 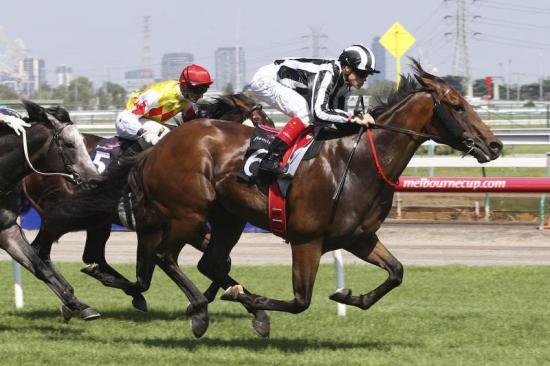 Gifted son of sprinter/miler That’s The One has recovered well from throat surgery and is nearing a return to the racetrack.

Co-trainer Cindy Alderson said the 2012 C.S. Hayes Stakes (1400m) winner was around two weeks away from a trial with a first up run likely to follow a fortnight later.

“He’s looking good and he’s really built up and strengthened since the spring,” Alderson said.

“Recovering from his throat surgery he appears to be in good order and I’m optimistic of him returning to the track in around four weeks.”

In more immediate matters for the Alderson stable, imposing sprinter Del Palio will make his return to the races at Bendigo on Saturday in the $50,000 PH Property 0-82 Handicap (1100m).

Unseen since finishing third behind Ready To Rip and Gossip Girl in the Listed $100,000 All Victorian Sprint Final (1200m), Alderson said the son of Invincible Spirit looked in great shape heading into his first up run.

“He had a little setback where I had planned to run him at the end of the Spring Carnival and he picked up a virus that he couldn’t shake and he had to keep going back out to the paddock every time I thought he’d gotten over it,” she said.

“He appears to be fully recovered now and his work has been really strong.”

Click here to view all the fields, form and barriers for Bendigo on Saturday