Talented mare stands up to be Counted at Mornington 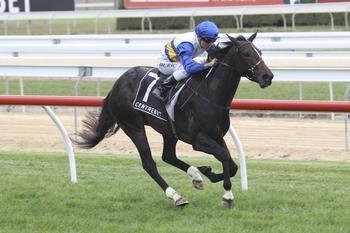 Four-year-old mare Counted has had her share of problems but showed her true ability with a soft win in the Beleura Village Showcase Handicap (1520m) at Mornington.

Counted won on debut in New Zealand for her previous trainer but various issues had kept the daughter of Ishiguru to just four starts in 11 months before her Mornington victory.

“It has been a long process. She has had a bit of a stop-start career so far because a few things have happened along the way,” Cindy Alderson, who trains Counted in partnership with her father Colin, said.

“Hopefully it is the start of a turning point and she can put a few together.”

Alderson Racing appeared to have eased Counted over her problems when she produced strong efforts to run fourth at her two outings, including at her last start in city company at Sandown.

Counted improved on her promising form to post her second win at Mornington with the aid of an intelligent ride from experienced jockey Vlad Duric.

Counted jumped well from the barriers, giving Duric the chance to control the $30,000 contest in front from the outset.

Duric slowed the tempo to suit his mount midrace before asking Counted to quicken when her rivals began to attack her from the 600 metres. Counted slipper clear rounding the home turn before stretching her margin all the way down the straight to score by 2-1/2 lengths.

“I wanted to try and ride her with a bit of cover and I came out with a good hold on her but I was always going to lead and in the end, I pretty much led at my own clip,” Duric said.

“When they came at me, she kicked on strong. She’s a hard-going mare. She is a horse that you have to ride forward and let her do it the hard way.

The victory, Counted’s second from six starts earned her connections an $18,000 winner’s cheque, taking her prizemoney tally to more than $23,000.

Congratulations to Counted’s owners - Colin Alderson and A S & J A Bongiorno.